A Brief History of Montegufoni Castle

Did you know that we rent apartments in Montegufoni Castle ?

Contact us at info@onestopitaly.com and we will help you find the one that’s right for you.

A Brief History of Montegufoni Castle– by Adrian Dearnley 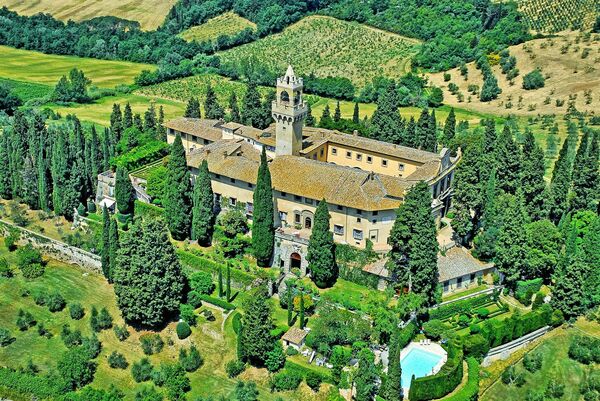 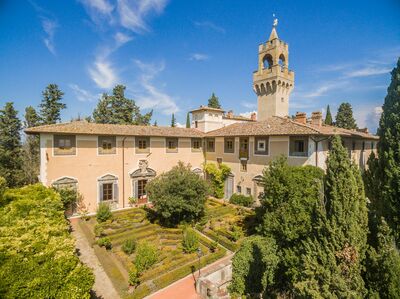 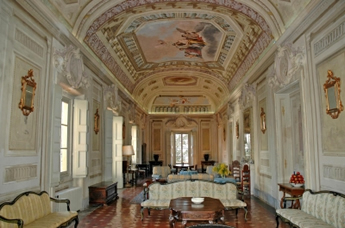 No exact date is known for the origin of the Castle of Montegufoni, but it is most likely to have been during the 10th or 11th centuries. The first lords of Montegufoni were the Ormanni, a noble family who built the first castle.  This castle was razed to the ground following a dispute with the Florentine government in 1135.  The ruins of the tower of the Ormanni Castle are still visible in the northern section of the garden today. 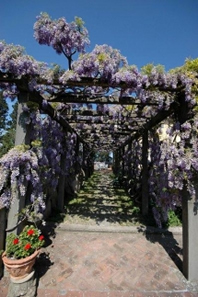 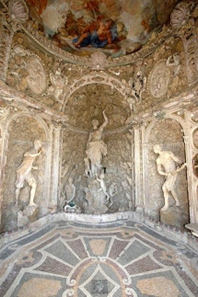 Following a period of disuse, the castle was eventually occupied by the Acciaioli, an illustrious family that took its name from its main activity, the “Acciaioli” (steelworkers).  It is most likely that the rebuilding of Montegufoni was undertaken between 1280 and 1300, when the Acciaioli were particularly prosperous.  In the thirteenth century its members had set out to conquer Malta, Corinth and Athens.  They reigned, very ruthlessly, in these two cities for over 100 years. They also built a castle on the Acropolis in Athens, becoming known as the Dukes of Athens (see Shakespeare’s A Midsummer Night’s Dream, and part of Montegufoni Castle called the Court of the Dukes of Athens).  They were eventually deposed by the Turks and retreated to their Tuscan home.  There they lived as prominent nobles for centuries, and one Cardinal Acciaioli modernised the castle and added the garden terraces.  After centuries of being merchants, bankers, statesmen and churchmen, the Acciaioli line did not finally end until 1834. 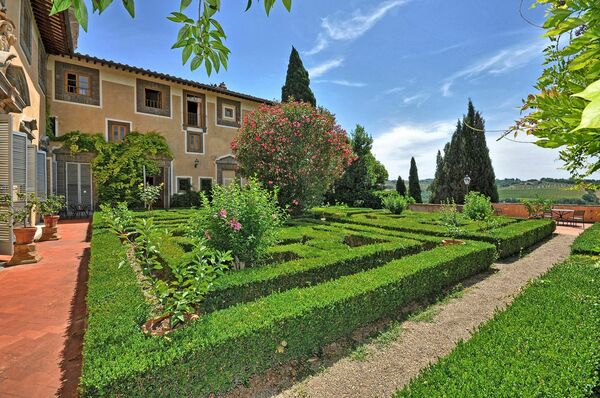 The castle went to rack and ruin during the last years of ownership by the Acciaioli, and eventually different parts of the castle were rented out by the new owners.  By 1907 there were 158 inhabitants made up from 34 families. In 1910 the castle was purchased by Sir George Sitwell, the father of the three famous English writers and poets, Osbert, Edith and Sacheverell.  For years the Sitwells renovated and reconstructed the castle, and occupied it for part of the year.  They particularly liked holidays in the autumn and winter.  In 1921 Sir George had a wall in the castle frescoed (called The Hall of Masks and based on Harlequin characters from the Comedy of Art ) by Tuscan artist Severini. Sir George’s sons wanted their friend Picasso to carry out the work, but this was not to be, and now this fresco is regarded as one of Severini’s greatest works.

During the Second World War 261 artworks of world importance from the galleries of Florence were stored in the castle.  Despite fighting coming very close to Montegufoni, and a visit to the castle by the SS, the artworks were saved. After the war the Sitwells resumed their occupation of the castle, and in 1965 Sir Osbert moved permanently to Italy.  He died in May 1969 at Montegufoni, and was buried in the cemetery of the Allori at Galuzzo.

For tax reasons, Sir Reresby Sitwell, who had inherited the castle, was forced to sell it to the present owners the Posarelli family.  They now rent out parts of the castle to paying guests, and also run a villa holiday business from offices beneath the castle. 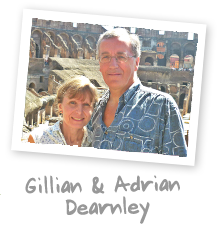